All symmetrical scales repeat, this one repeats a major 3rd higher. You have 3 positions to play this scale so you can move any of the following riffs around by major thirds and they will all work over the same chord.

The first riff we are going to play is going to incorporate two different patterns, one for descending and one for ascending using the augmented scale.

Ok, here’s where the fun begins. The augmented scale has three major triads in it. Using our notes we get the following three major triads Gb, Bb, Db. You will notice they are all a major 3rd apart. Here’s a riff lifted from Oliver Nelson’s composition Hoe Down.

You can play this riff starting on any of the triads and following the same pattern. 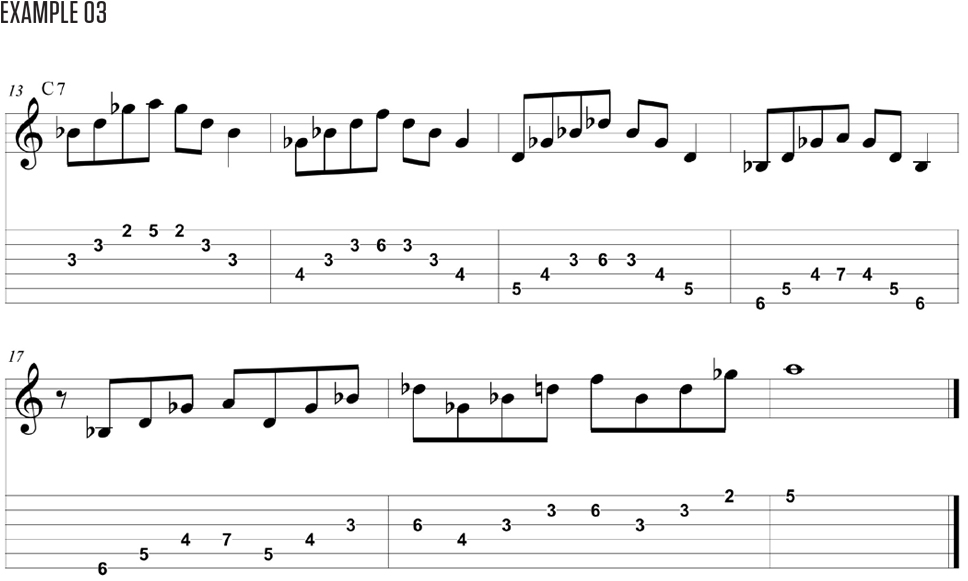 Again, all these riffs can be repeated a major 3rd up or down…Have fun!